WSCAOS is a tiny little system for going to space no matter where you are!

If you like this, please go check out Sword & Backpack! It was a huge inspiration!

In order to download this game you must purchase it at or above the minimum price of $3 USD. You will get access to the following files:

When folks run this, how do you handle damage? Like there's the -1 for being injured which works for little things--but like what do you do for actual dangerous combat related damage? Like the kind that could maybe kill you?

Generally when a character with a few too many injuries (say... four?) gets attacked, I'll say something like "The enemy comes at you with a fearsome attack! With your injuries, it could prove deadly. What do you do?"

If someone takes a "deadly blow" like that, I'll generally say something like "You're down for the count! This could be the end of the line for you," then after the encounter is over, I just ask them if they want to play their death scene or come back with a fun new permanent injury or something.

All of which is to say: don't be afraid to make things deadly, and also don't be afraid to let your players decide what that means for their injured character. They might surprise you! Just follow your nose, and listen to your friends. 😊

WSCAOS is a simple game that is a delight to play. It cuts through the glut of rules that most sci-fi TTRPGs claim you need and gets right to answering the question in its title. (The answer is: what you do in outer space is what's so cool about it!) And if you need more rules, the game is up-front about giving you enthusiastic permission to make them.

It is also eminently hackable as What Is So Cool About Jam demonstrates. Anyone with a cool idea can make a game about it.

2d6+mods >= 8 is the Traveller rules summary the world has always needed.

This is the LITTLEST BLACK BOOK.

Sword&Backpack, still so, so, so good!

Jared. My friend. You have good graphic design. I feel forcibly hurled into a sci-fi future as seen in mid-80s magazine.

Reply
Will Brunn2 years ago(+6) 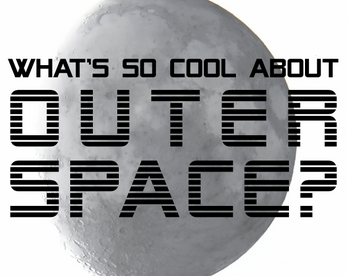 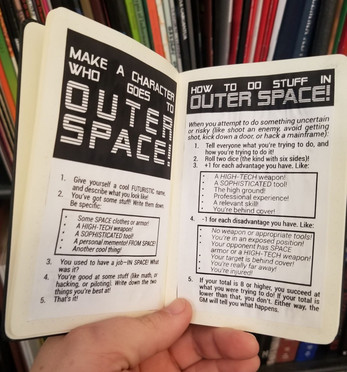