A game about language and what it's for. An unlicensed RPG based on the classic play by Samuel Beckett.

This game naturally splits people into two camps: People who know things about seemingly important mid-twentieth century plays, and people like me.

Godot is a joyfully confusing game about saying inane things to your friends with varying inflection until you start to imagine the things you are saying make sense. The premise is simple, say things from a list until you don't want to anymore. Godot feels like a gamified version of the "Who's On First" gag, a real smattering of simple prose made clever by the circumstance. I'm sure I'm largely missing the point of this game, but I still like it. 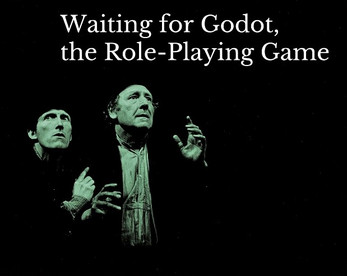